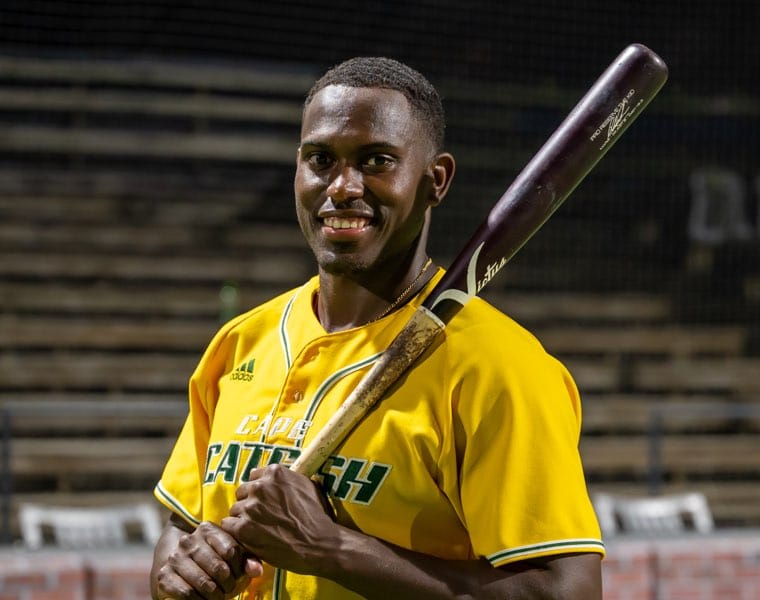 Ellison Hannah II joined the Cape Catfish in their inaugural season and quickly made his presence known.  Hannah ripped through Prospect League pitching in 2019 with a .382 average, 14 HR, and 65 RBI’s. He also played in the 2019 All Star game.

In 2021, Hannah II came back for a second summer and helped lead the Catfish to their first PROSPECT LEAGUE CHAMPIONSHIP with an impressive .341 average.

His all-time career numbers are outstanding as he has a .362 batting average with 21 Home Runs and 94 RBI’S.

Always a fan favorite, his character and leadership were on display every single night.  He came back and helped coach during the 2022 season as well.  An easy choice to join the Cape Catfish Hall of Fame.